He clasps the crag with crooked hands;
Close to the sun in lonely lands,
Ringed with the azure world, he stands.

The wrinkled sea beneath him crawls;
He watches from his mountain walls,
And like a thunderbolt he falls. 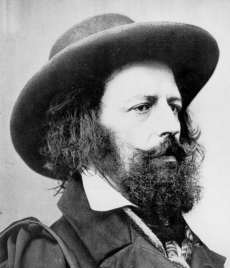 The Kraken… The word itself — its harsh consonants, its Norwegian etymology, its association with tentacled monstrosity, watery depths and doomed sailors, carries spell-like power.

At least it did until Clash of the Titans hijacked these associations within the pop culture consciousness. The only thing more impressive than its 1981 stop-motion animation was its disregard for mythological storylines.

Let me express my contempt! First: the Kraken is a creature from Norway! What is a legendary Norwegian monster doing in a movie set in the mythological world of the Greeks? Where is the respect? That’s like inserting hobbits in a Harry Potter movie! Second, it doesn’t remotely resemble a cephalopod.

That said, I admit that Clash of the Titans thrilled me as a boy. I still remember when the gate, with its sea-moss encrusted mystery, lifted. The idea of a barred gate hidden under the waves, ready to unleash a monster unto the world, was as potent and original as the creature itself: a dripping collosus with four sinuous arms topped with grasping claws. What a sight! Not to mention the dead, unblinking eyes in that giant, aquatic ape head. Original, yes. But not a Kraken.

The Kraken is surely inspired by the giant squid. Richard Ellis’s book “The Search for the Giant Squid” examines the mythology in detail. I just pulled it off my shelf and came across this footnote:

“The Norwegian word kraken is popularly believed to be derived from a word that means ‘uprooted tree,’ from the similarity of the body and arms of a giant squid to the trunk and roots of a tree, but Jan Haugum, a Norwegian biologist and linguist, has explained to me that the old Norwegian word made its first appearance in Pontoppidan’s 1775 work [The Natural History of Norway], and was used to mean nothing more or less than a “sea monster.” Kraken, by the way, is plural; the singular is krake.”

Footnotes can be fascinating. Anyway, all this serves as a long-winded introduction to a poem by Tennyson.

Below the thunders of the upper deep;

Far far beneath in the abysmal sea,

About his shadowy sides: above him swell

And far away into the sickly light,

From many a wondrous grot and secret cell

There hath he lain for ages and will lie

Battening upon huge seaworms in his sleep,

Until the latter fire shall heat the deep;

Then once by men and angels to be seen,

In roaring he shall rise and on the surface die.

Next Week: The Origin of Cthulhu – Inspired by Tennyson?